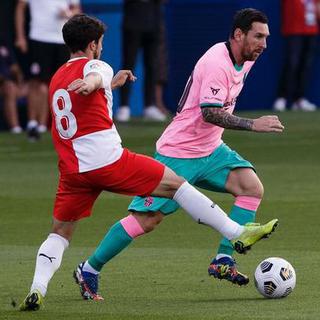 In September, Barcelona played 4 games, of which 3 were friendly matches and 1 was La Liga. Messi's goal took place in the warm-up match against Girona.

In the 45th minute of the game, Coutinho passed the ball and Messi took a powerful right foot shot from 20 yards. The ball hit the inside of the right post and entered the net.