In this round of the league, Real Madrid will face Levante, coach Zidane analyzed the game at the pre-match press conference and admitted frankly that he was annoyed by the successive injuries in the team. 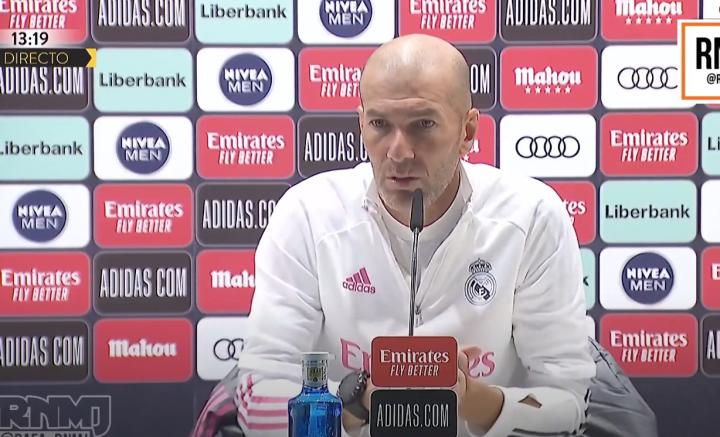 This is our third away game. We know where we are going, even though it is not their home game. The game last season was very difficult. We are fully prepared and we will work hard. There will be difficulties, but we are ready.

Coming here is my great cause. I seize every day I have. I have always been positive. I don't look at things negatively, even though the situation has become complicated. We don't like injuries, but we should accept reality. We will not make excuses. My lineup is very talented and courageous. The situation may become complicated, but we can solve the problem.

We will show our personality. We cannot control anything else and will always be criticized. This is beyond our control. We will be more united, there will always be difficulties and controversies.

He has always been like this, trying to recover to 100%, he is creating a wonderful season, I have no doubt about it.

We have said that after I came here as a coach, I always do this. To win the championship, not to win three games, in 60 or 65 games, I think we need everyone. Many coaches handle it very well. It used to be 30 or 35 games (a season). Now there are almost 65 games. There will be the European Cup in June. I communicate with the players, players always want to play and never understand those things, but we discuss these things and strive to move forward because I am the coach.

He has the ability to score goals and is a player who is good at going up and down. This is what I want from him. Of course, I hope he can look for goals every time he plays.

He, like everyone else, wants to show his strength. He is fearless, and I like this character. I don't know anything about the national team. He has been working hard to have a good performance. This is what he wants to do this year.

No, we are not satisfied with what happened to Carvajal and Odriosola, but we cannot make excuses.

I have talked to everyone, but the players you mentioned are only 30 years old and can play for another 6 or 7 years. Rotation is not because of this, but a way to consider the overall interests of the team, and the people on the field seriously implement my requirements. I know that players will be unhappy if they are not on the court. This is the most annoying thing in a coach's job.

No, but I don亚博app买足彩’t like it. I am annoyed by the injured player, but the rest of us have to keep going, and we will keep going with the people at hand.

No, that's not the case. I'm optimistic, and so is what happened to Hazard. This time he was overtrained to return and caused a muscle strain. What is important is that he is in good condition.

I don’t know what information you have, I